Why are guardians appointed?
A guardian is appointed by the court to oversee the legal and financial affairs (and/or the personal care) of a minor, or of an adult who is not able to manage his or her own affairs because of advanced age or some other physical or mental disability. Under Ohio law, a guardianship is an involuntary proceeding when family members or others ask the probate court to protect someone who appears to be incompetent. A so-called “voluntary guardianship” for a physically infirm, but otherwise competent, adult is more properly known as a conservatorship. Once appointed, a guardian/conservator is answerable to the court for providing proper care and management of the ward’s affairs in the ward’s best interests.

What are the general powers and duties of a guardian?
The control that a guardian has over a ward is limited to the authority granted by Ohio statutes, relevant decisions of Ohio courts and orders and rules of the probate court. All guardians must obey the orders and judgments of the probate court by which they were appointed. The probate court may confer broad and far-reaching powers on a guardian, or it may limit or deny any power granted under Ohio statutes or Ohio case law. Ohio law provides for different types of guardianships (listed below).

What are the types of guardianships?
A guardian of the person is appointed to protect a ward and to provide for the ward’s day-to-day maintenance, to be paid from the ward’s assets (see guardian of the estate below). Maintenance means providing food, shelter, clothing, health care and other necessities. It includes responsibility for the education of a minor ward as required by law, and making decisions about medical treatment and other professional services the ward may require. A guardian of the person also serves as guardian of an incompetent adult’s minor children, if no other guardian has been appointed for them.

A guardian of the estate is appointed to manage the property and financial assets of the ward for the ward’s best interests. Specifically, the guardian of the estate must:
• pay all debts owed by the ward;
• collect all money owed to the ward;
• settle and adjust any assets received from the executor or administrator of an
estate;
• deposit all funds of the ward into an account in the name of the guardian as
fiduciary;
• invest any of the ward’s funds not needed for current obligations according to legal guidelines;
• file an official inventory and accounts of the ward’s estate with the court on a
regular basis;
• file or defend lawsuits on behalf of the ward if necessary to protect his or her
interests.

Before being appointed, an applicant for guardian of the estate must provide the court with a fiduciary bond equal to double the probable value of the personal estate and of the annual real estate rentals that will come into the hands of the guardian. This means that the applicant should generally have good credit.

(Note:  Unless the court order appointing a guardian specifies otherwise, the same person is normally named as guardian of the person and the estate, if both are required.)

A limited guardian is a guardian whose powers are specifically limited by the probate court. A ward for whom a limited guardian has been appointed retains all rights in all areas not covered by the Order of Limited Guardianship.

An interim guardian is a guardian appointed after a former guardian has been temporarily or permanently removed or resigns, and when the probate court determines that the welfare of the ward requires immediate action.

An emergency guardian is a guardian appointed by the probate court without a formal hearing when an emergency exists and a guardian is necessary to prevent injury to the person or estate of the ward. 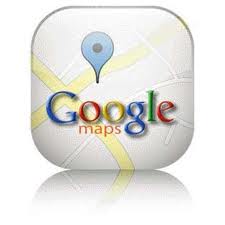